Orientation and decisions are not just for sailors

Balázs Ujfalussy (ELKH KOKI) and Gergő Orbán (ELKH Wigner) discovered that the rodent nervous system can not only predict the position of the animal during orientation but also anticipate the uncertainty of the prediction in the short term.
The study has been published in the prestigious international journal eLife.

What happens when someone who has studied neuroscience at ELTE and started modelling neural networks as an undergraduate is watching the fantastic flight of two birds over Lake Balaton?

Firstly, he recognizes the birds that fight their spectacular battle for their daily bread, and secondly, but perhaps more importantly, he wonders what helps the aptly named predatory birds, a bird known in taxonomy as the skua, to successfully stalk and harass the other bird, unstoppably, until it finally drops its prey, which the skua catches as it falls and then consumes as a perk. 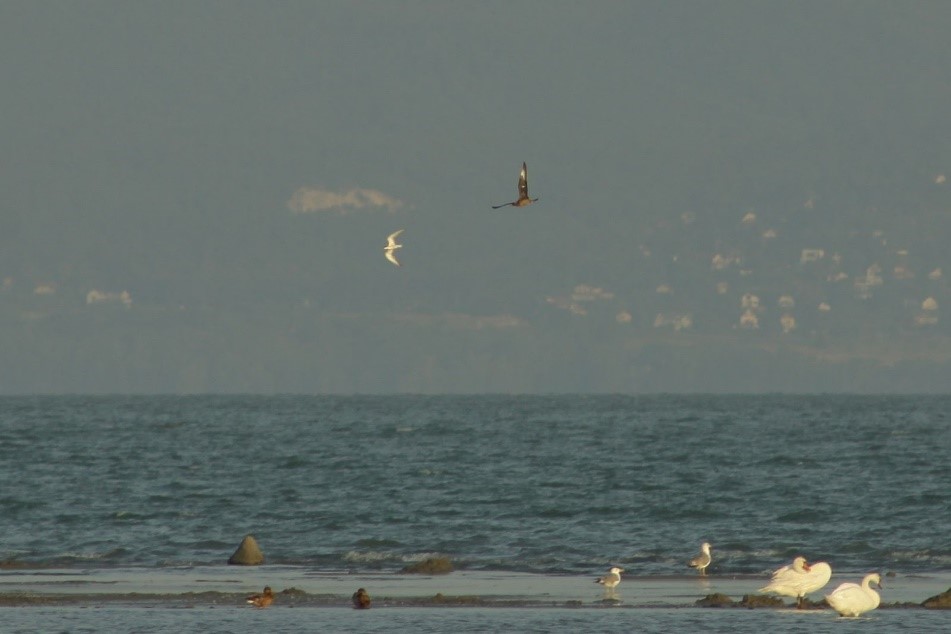 Figure 1.  A skua chasing a seagull

The question is not primarily important to understand the brain function and behaviour of a bird of prey or even the most successful or intelligent predator. The aim of the research is to understand human brain function and human behaviour, and here the parallel is obvious. We plan the path of our movements based on the perceived environment, revising our decisions over and over again. Think of a typical weekday afternoon, when we are trying to choose the best possible route to get home. The one that promises certain success is often impossible to predict.

Although navigating, i.e. steering and making decisions based on good orientation, was not easy almost two thousand or one hundred years ago. Navigare necesse est (it is necessary to navigate) - says the first half of the proverb of Cnaeus Pompeius, the talented but often cruel Cnaeus, who was named Pompeius Magnus (the Great) after his successful African campaign for Rome. Those particular sailors, who had little desire to set sail from Sicily in a storm with their grain-laden ships for Rome, set sail anyway, hearing the whole saying. The full sentence reads: Navigare necesse est, vivere non est necesse - To navigate is necessary, to live is not. And the sailors were more afraid of Pompeius's certain punishment than of the storm, which might calm down.

But back to the present and the present question, as Balázs Ujfalussy and Gergő Orbán put it: what is the relationship between neural activity and the uncertainty of predictions about future positions?

Let's start with the basics. Some nerve cells in the hippocampus, the so-called "place cells" discovered by O'Keefe in 1971, become active when an animal arrives at a specific location in the environment.

However, the sequential activity of place cells does not just plot the animal's path as it moves, nor does it always show the true path. The sequence of place cell activity restarts about ten times per second, in such a way that it encodes the current position at the beginning of the sequence and then moves forward, predicting the possible future location of the animal (Figure 2). 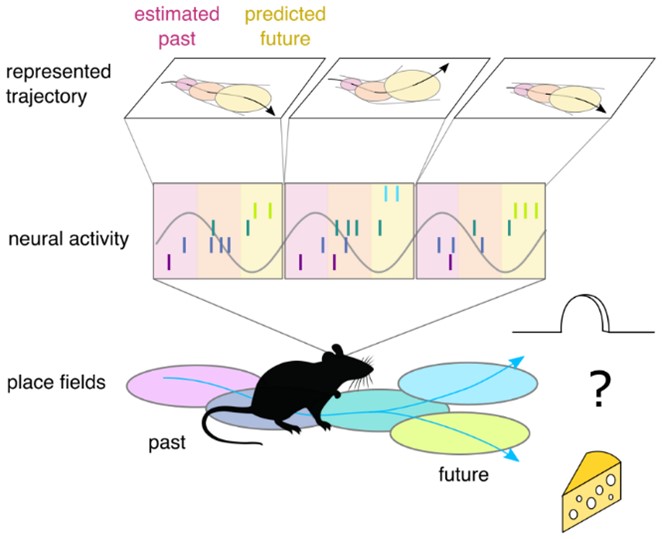 top: Sequential neural activity can be interpreted as cells encoding a possible pathway in each theta cycle. The pathways start from the past, where the animal's uncertainty about its location is low, and lead to the future, where this uncertainty is increased.

Until now, the pattern of rapid sequential activity of place cells has been interpreted as a neural process underlying the animal's prediction of its own movement. Whether, in addition to each of the predicted possibilities, the uncertainty of those possibilities is also represented by neural activity was not known.

In a study now published in eLife, the authors sought to find the code for uncertainty by analysing measurements of hippocampal place cell activity from rodents performing an orientation task using a new approach.

They first hypothesized that uncertainty in future positions is reflected by the simultaneous appearance of multiple possible pathways in neural activity. In this case, the uncertainty would be immediately and directly read out from the instantaneous neural activity. However, the experimental data examined do not support this hypothesis. On the contrary, future uncertainty is reflected by the variability between the pathways played out during each theta cycle: in each cycle, place cells corresponding to a new possible pathway are activated. Interestingly, the pathways chosen during successive theta cycles are not independent of each other but point in different directions. This allows the animal to efficiently sample as many of the available possibilities as possible in a relatively short time (Figure 3). 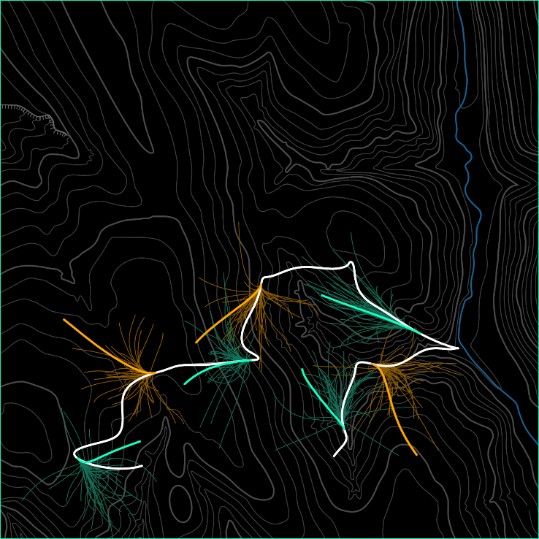 While exploring, rodents can "test" possible routes using a map-like mental model. The image is based on a contour map. The white line represents the path of the experimental rat and the green and orange lines are possible alternative routes. The pale colours show examples of the many possibilities present at any given moment, from which the brain selects the one hypothetical pathway (bright colours) that appears in neural activity.

The successive pathways, indicated by alternating colours, tend to deviate in different directions from the animal's true pathway. The displayed path is not necessarily the one that best resembles the animal's path.

The results of this paper can provide important guidance for engineers developing intelligent systems that can operate reliably in changing environments and are capable of design. If similar processes are at work in the human brain, the study may help us understand how we are able to cope with the uncertainty of our predictions in decision situations. 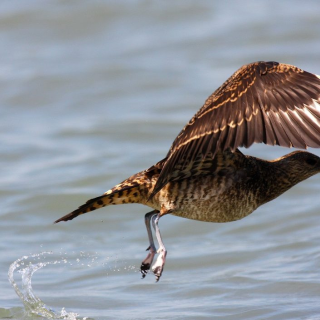 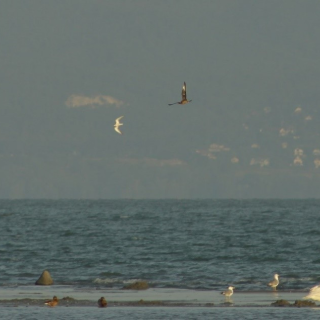 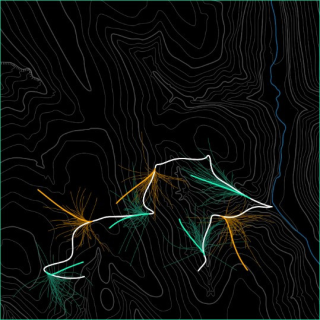 During navigation, rodents use a map-like mental model to constantly sample potential motion-trajectories. I 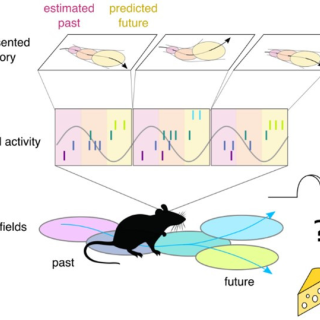