Our PhD students in Paris

For a young researcher, attending an international conference for the first time is a thrilling experience, especially if it is one of the most prestigious major conferences in its field. Four of our institute's young researchers were participants at the FENS Forum in the famous city of Paris. They shared some of their experiences with us.

The title may evoke the prose work "Huns in Paris" by Gyula Illyés, and this similarity is intentional.  A hundred years ago, the poet, then in his early twenties, went to Paris, like our institute's young researchers, he was equally talented and eager to learn, equally at ease with the ocean of new knowledge, and also was happy to meet the world greats he had only read about. Although Illyes had the chance to spend a few years in his beloved Paris - where he had not only pleasant experiences! - and our MSc and Ph.D. students only spent a good week there, but the experience can rarely be measured by the length of time.

If you want to know about a conference in its depth, the official summary of the FENS (Federation of European Neuroscience Societies) Forum, held in Paris from 9-13 July 2022 is not really useful either.

True, you will learn that the 7 890 participants from 92 countries were able to listen to and confront twenty-two plenary and invited lectures on the key findings of the hot topics in neuroscience today, in addition to symposia and mini-conferences, that there were exhibited  4 800 posters impossible for a single person to study even in a year, to ask 139 exhibitors about developments and new opportunities, and that there were 18 events to facilitate new contacts and cooperation so that everyone could attend one of them.

Much more can be learned about the real event from the short answers of MSc student Peter Földi as well as Kinga Müller, Zsófia Reéb, and Bálint Király Ph.D. students.

The first question has little to do with science, you might think, but it is a fact that, besides talent, it takes money, money, and money to do science. And there are many ways to get money for this noble purpose.

Peti: I won a grant from the Bolyai College Foundation for "Participation in a scientific conference", which covered the cost of my trip to FENS.  The rest of the costs were covered by the support of my supervisor, Norbert Hájos.

Zsófi: In 2019, I won the final of the FameLab science communication competition in Hungary, thanks to which the Hungarian Academy of Sciences covered the costs of my participation in a professional conference. Since the epidemic made such events impossible for two years, I managed to use the grant for FENS, which I thank you for.

Bálint: I was lucky because the lab - more exactly my supervisor Balázs Hangya - supported my participation in the conference.

Kinga was similarly fortunate, thanks to Norbert Hájos for getting to the conference.

- Very briefly and as simply as possible, how would you describe what was the discovery you presented and what is its significance?

Kinga: I presented the results of international collaborative research at FENS, which I would briefly summarise as follows: neurons expressing vasoactive intestinal polypeptides located in the midbrain play a role in the formation of instinctive and learned fear memory.

Peti: We are working on a better understanding of the neural network of pain and other related functions, and the role of neurons sensitive to noxious stimuli in the dorsal tegmental region of the midbrain.

Zsófi: The results presented in this poster refine the known picture of the connectivity between amygdala nuclei. Investigating this is important for understanding possible information flow pathways.

- Are you satisfied with the success of your work?

Bálint: I never thought that so many people would be interested in my poster. Larger groups kept gathering around the poster and I got a lot of questions. I felt that others found the results interesting and this feedback was very welcome now that we are trying to publish the results.

Kinga: I had no expectations about the reception of my work, but some people praised our achievements and I was very happy about that.

Zsófi: I didn't have any expectations either, but it was nice to meet people who use a similar methodology and see in a reconstructed cell not only the beautiful end result but also the many hours of work that went into it!

Peti: As this was the first scientific conference where I had the opportunity to present my work, I have no benchmark, but I was very pleased that my work was received with interest.

- What did you expect from such a big conference?

Peti: The conference was really big. There were over 4000 posters presented, although not all speakers and poster presenting researchers were able to attend due to the COVID19 outbreak.

Perhaps most importantly and what I find extremely motivating is that I felt part of a huge community. The venue and organization of the conference were good and all in all, I came away with a positive experience.

Kinga: I was expecting the 5 and a half days of the conference to be very intense, which they were. However, it gave us the opportunity to get a comprehensive overview of the latest findings from different branches of neuroscience. What was surprising to me was the emphasis on brain-brain interaction research and the growing number of people working on this topic.

Zsófi: A few years ago I was lucky to attend a similar large-scale conference, the Euroscience Open Forum. I was expecting something similar at FENS such as a full day of interesting presentations and almost constant attention to avoid missing interesting information. The novelty of the event was mainly due to the professionalism of the program. It was inspiring to see the dedication of the participants, to look at a topic from several angles in the symposia, and to gain insights into the methodology and results of research and human studies on primates.

Bálint: You can get an idea of the bigger trends at a conference like this, but for me, smaller conferences focusing on a narrower topic are usually more interesting. Perhaps the best thing about a conference of this size is that you get to meet a lot of people. For example, I met several of the poster co-authors again after many (COVID) years, and some of them I was able to talk to in person for the first time, which was of course very nice.

- What was "alone" worth going to this conference for?

Zsófi: I am always impressed by the interdisciplinary nature of the field, with doctors, biologists, physicists, programmers, and psychologists using their own professional tools to contribute to a common picture. It was also interesting to see what groups with similar interests are currently doing in the world and where they are at in their work at the moment of the conference. I also enjoyed insights such as the art corner, where neuroscience-inspired artwork was on display.

Peti: The greatest experience for me at my first conference, was to experience first-hand how many people are working in this field, with how many different techniques and ideas. It inspires me to keep working hard in the long run, because as small as individual progress may seem, when combined with other people's work, it can be part of a huge step forward year after year.

Kinga: It's exciting when the names I often read in articles on the subject of my research are suddenly linked to faces, memories, and experiences. For this reason, it was interesting for me to listen to Philip Tovote's presentation, which is researching the mid-brain-center amygdala trajectory. It was also the first time I met Francesco Ferraguti, who is contributing to our research. It was also a memorable moment.

Bálint: I thought Matteo Carandini's final lecture on the different ways in which different types of brain activity are organized was outstanding in all aspects.

- Besides the fact that it is in everyone's own interest to really participate in the conference, this is even more true if you have received support to do so. But after the conference, anyone who can get to know the place a little better. What did you like most about famous Paris?

Bálint: We visited many sights, but for me, the most interesting was the atmosphere of the smaller streets of the city center with its many small restaurants and cafés.

Kinga: It's a hard question because I could list them all, but perhaps the most impressive for me was Monet's series of paintings in the Musée de l'Orangerie called Water Lilies.

Zsófi: I was mainly impressed by the Impressionist and Post-Impressionist paintings in the Orsay Museum, although getting close to French gastronomy was fabulous!

Peti: Although it's not Paris, we also visited the nearby Château de Versailles, where I was captivated by the vast estate: the beautiful gardens, the green labyrinths with hidden monuments and fountains!

It was very relaxing after five days of the conference. 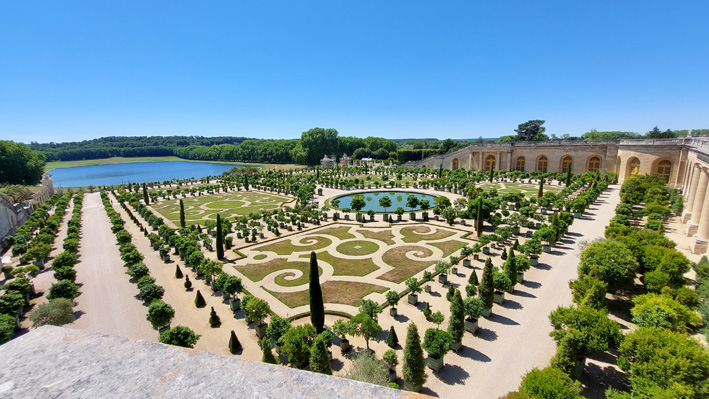 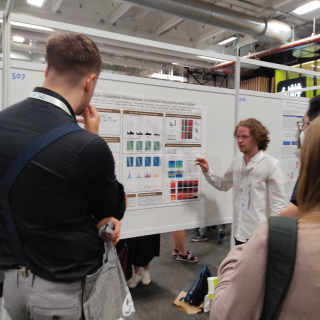 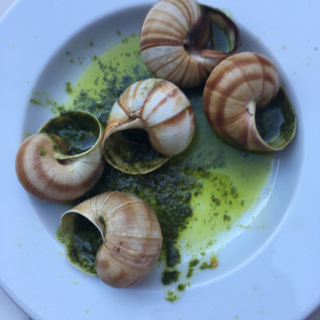 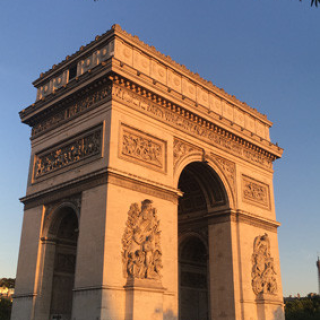 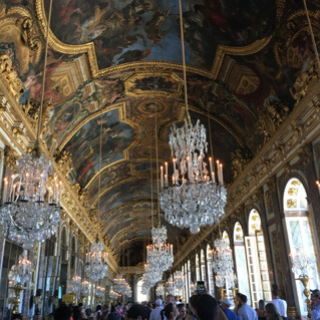 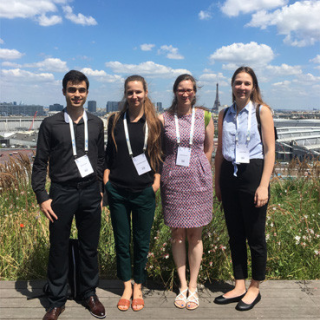 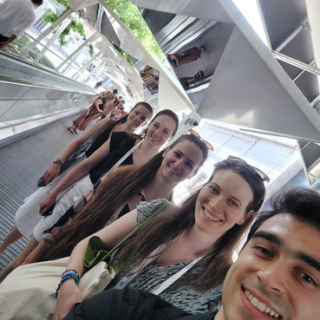 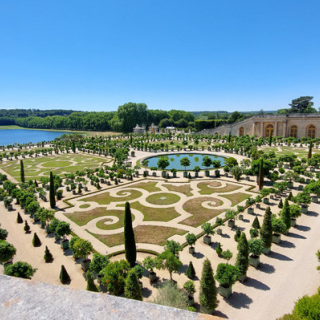 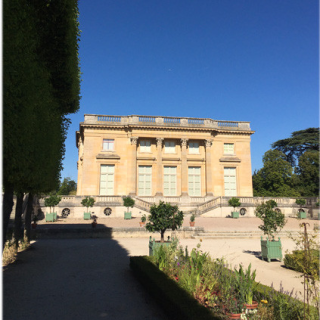 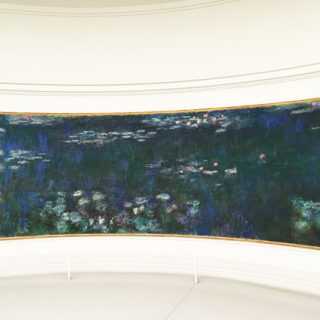 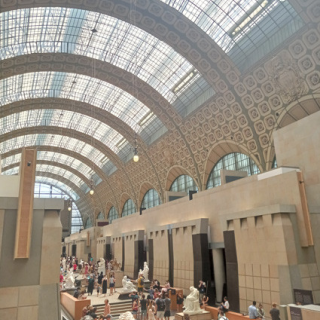 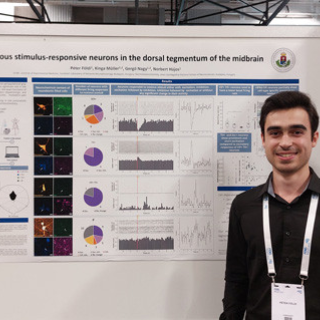 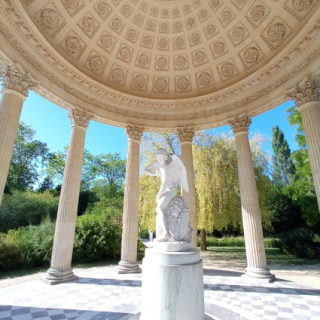