Mechanisms of neuro-immuno interactions and their role in neurological diseases

It is now clear that the pathophysiology of stroke, neurodegenerative diseases, developmental neurological and psychiatric disorders is characterised by a prominent role of the neuro-immune system's bilateral interactions, including inflammatory processes. The role of immune processes in the normal development and functioning of the central nervous system has been demonstrated. But it is important to emphasize, that common chronic diseases (e.g. atherosclerosis, obesity, diabetes, hypertension) are not only associated with increased systemic inflammation but also represent a major risk factor for the development of various neurological diseases. Early life infections, insults and metabolic abnormalities trigger an inflammatory response with long-lasting effects, which plays a role in the development of several pathologies (ADHD and other psychiatric disorders). Therefore, new effective diagnostic and therapeutic methods cannot be developed without a comprehensive understanding of the mechanisms of neuro-immune processes. One of the most important contributors to these is the microglia, the main immune cell of the central nervous system, which plays a major role in both neurodevelopment and pathological processes.
Our institute has a number of internationally leading publications on this topic, which have revealed the role of microglia in the regulation of neuronal activity, brain injury and the inhibition of central viral infections. The Institute is also investigating the mechanisms underlying the inflammatory processes responsible for neurodegenerative disorders resulting from COVID-19 and is supported by its unique human brain bank. 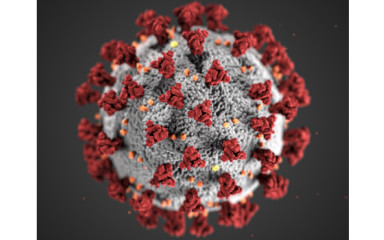 Active research and clinical experience have shown that the uncontrolled immune response to Sars-Cov-2 is characterized in many cases by a devastating cytokine storm (Chaolin Huang 2020). Morbidity and mortality are in part a consequence of this inflammatory response in the body (Ye Q 2020). The course of the disease is known to be more severe in pregnant women (Kathryn M Moore 2021), however, the effect of SARS-CoV-2 on the developing fetus is currently unclear. Case studies show that vertical transmission is rare, however, several studies support that placental and fetal infections may occur (Chen H 2020), (Dong L 2020), (Patanè L 2020). Several clinical manifestations of Covid-19 infection in the nervous system have also been reported recently (Desforges M. 2020), (Bohmwald K. 2018).