We are building detailed biophysical models to understand the role of various biophysical processes in signal integration in neurons under in vivo-like input conditions.

Specifically, we are interested in how various dendritic spikes, including Na+, Ca2+ and NMDA spikes

In the following example with Judit Makara we used a detailed, multi-compartmental model of a hippocampal CA1 pyramidal neuron to study the effect of synaptic clustering on the output of the neuron. We stimulated the neuron with synaptic input matched to typical hippocampal population activity during sharp waves. In particular, we used untuned inhibitory (blue) and spatially tuned excitatory (orange and red) inputs, while the population activity replayed a short section of a linear track (arrow). Excitatory synapses shown in red formed 12 functional synaptic clusters where co-active inputs innervated neighbouring dendritic locations. The membrane potential of 3 dendrite (shades of green) and the soma (black) is shown. 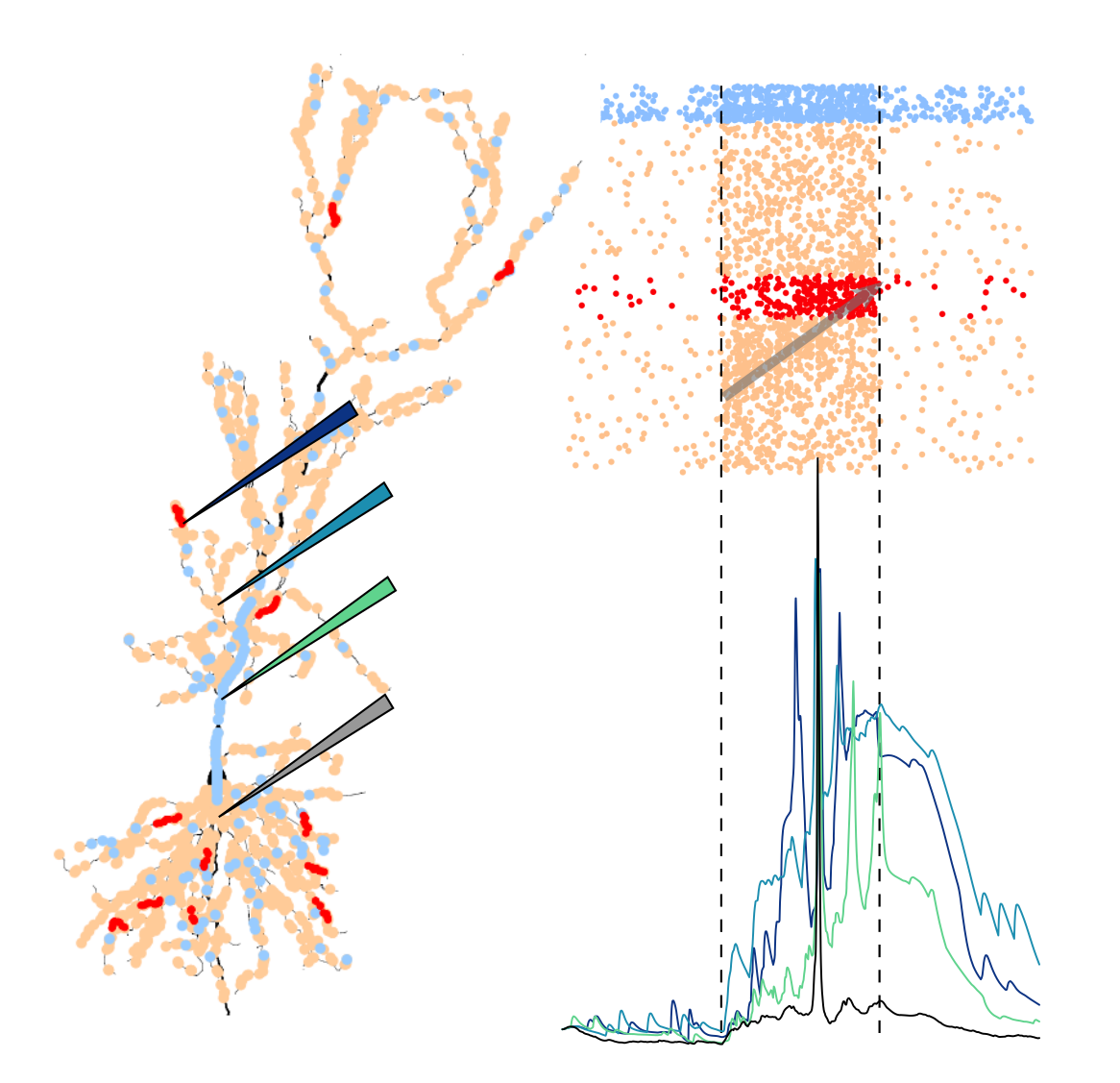 These simulations demonstrated that synaptic clusters should be relatively large to elicit dendritic spikes and modify the output under in vivo-like conditions.

For more details, see our paper.